A Flash Of Inspiration, Well Lightning & My Epiphany With Twitter

Some of you may have already seen  the photo that follows, but this little blog explains just why that may have happened. 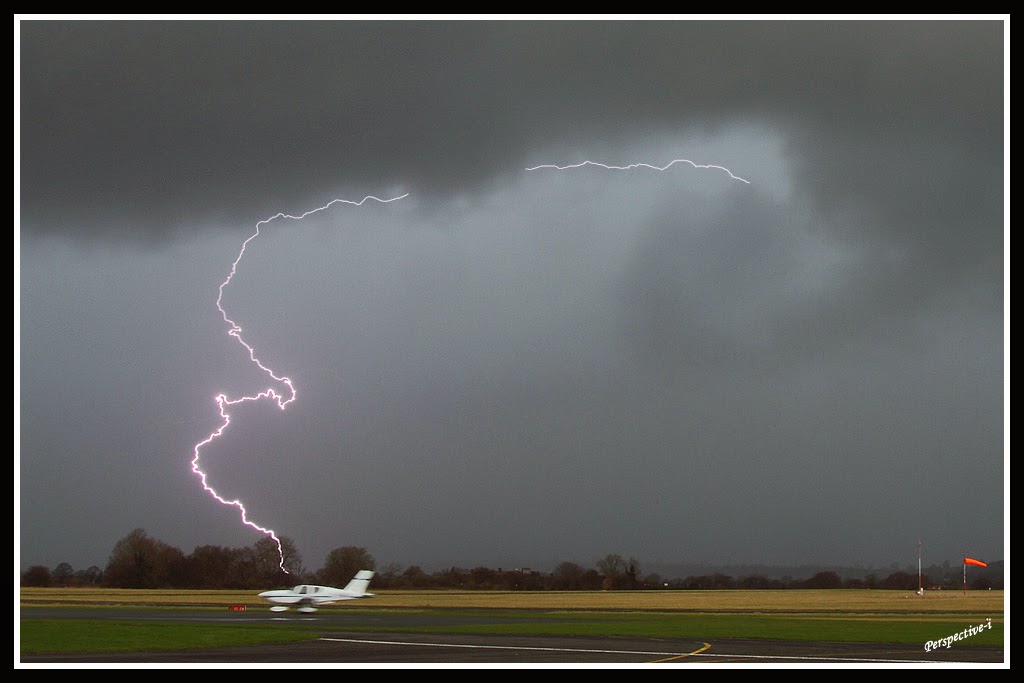 Those that know me, are aware that I had always resisted taking the plunge into facebook, twitter or the like. For me there are too many examples of people who play out their lives through these forms of social media, especially facebook, often airing in public things that should remain private, misconstruing whats others mean or simply typing drivel for the sake of it.

Whilst you may argue that I'm part of the later by blogging, I have no desire to -

In simple terms this blog was as far as I was prepared to go with social media until.........

Saturday 25th January and I called into Halfpenny Green Airport for a quick cuppa with the fire crew during their break. As we sat in the crew room enjoying a brew I thought I saw a flash of lightning through the window but with nothing forecast it was simply dismissed. A few minutes later and a second flash caught everybody's attention and a quick step outside revealed a very dark sky and a storm to the East. As I was only on a social visit and hadn't ventured out to take any photos I didn't have much camera kit with me but I decided to take a chance at photographing the storm with the minimal kit I had. I managed one photo before the rain and winds arrived and I had to retreat indoors. 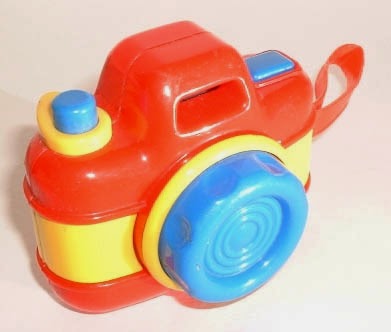 In short I managed to capture a lightning strike photo which I simply thought was ok, but nothing special. I had my lighter tripod and no cable release, the wrong lens and no ND filters so the exposure was shorter than I wanted, the sky brighter and it was slightly soft due to small camera shake. The one thing the photo did have going for it was the timing, an aircraft was repositioning on the apron and the lightning struck the ground directly inline with it, albeit about 600m beyond it. At first I didn't do anything with the photo, but as we had just started using twitter at Halfpenny Green I was persuaded to pop it on there just as something a little different.

Unknown to myself some friends at Westbeach Aviation had seen the tweet and decided to retweet it both generally and @ various other sites, all I can say is that it simply snowballed from there. As well as traveling all around the world via twitter it appeared on both BBC and ITV national news on Sunday night, made plenty of local papers, made plenty of national newspaper websites and some of the national daily newspapers this was my epiphany moment with twitter. It was only an average photo, but thanks to the efforts of the guys at Westbeach Aviation this was the photo that made me a convert to twitter. 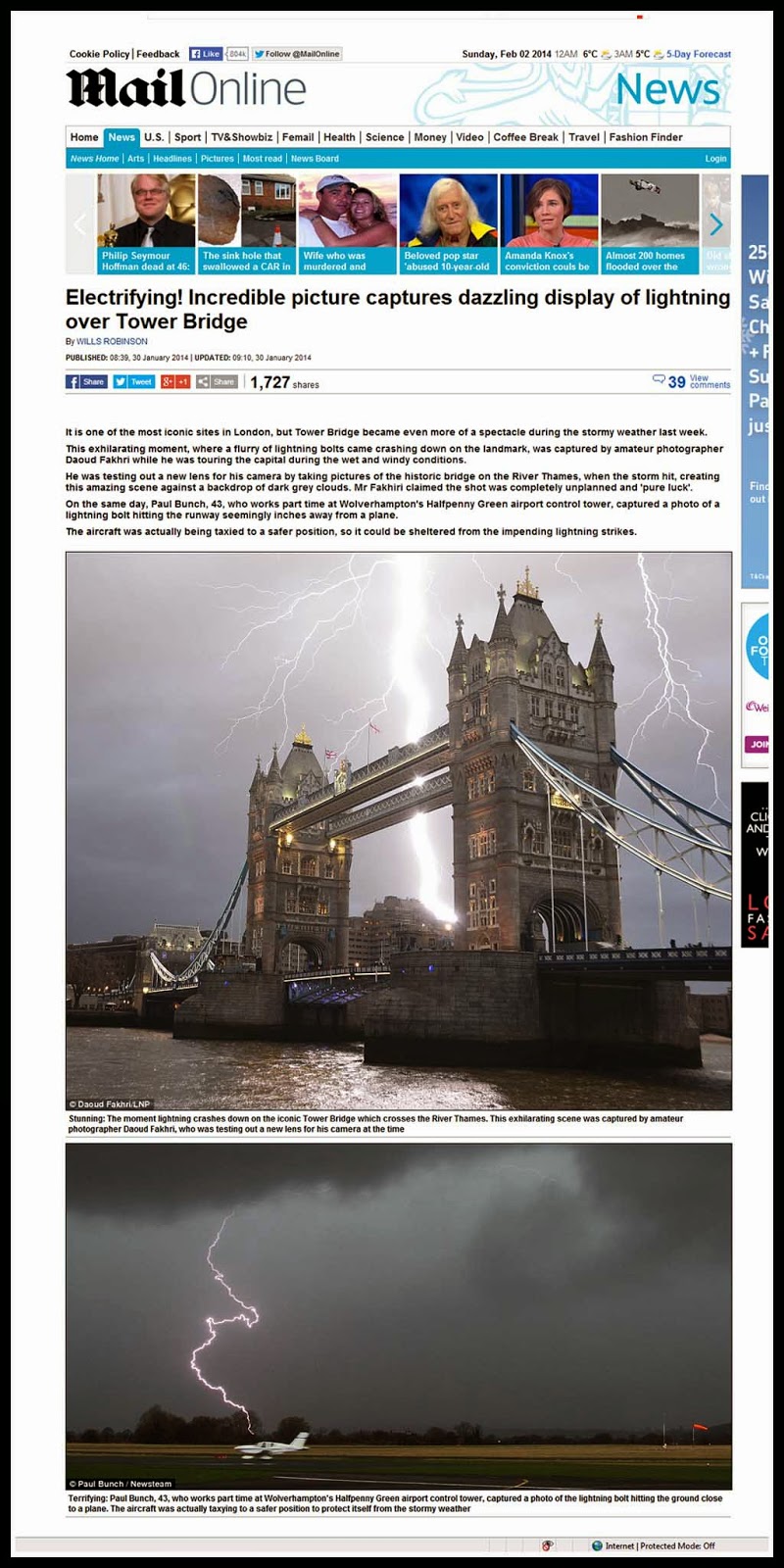 Parked For The Night 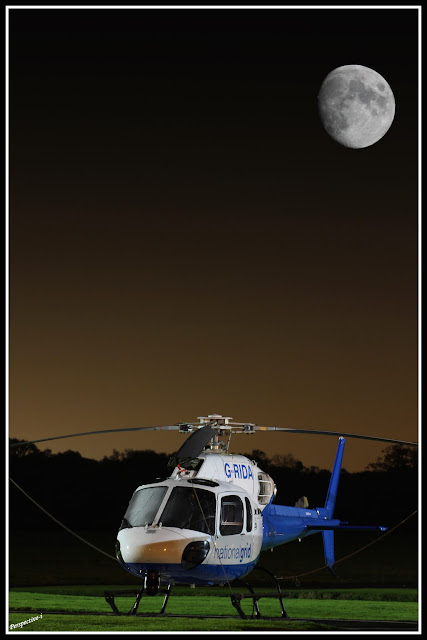 Not a photo by me, simply a screen grab with a couple of explanation marks added....

We Will Remember Them 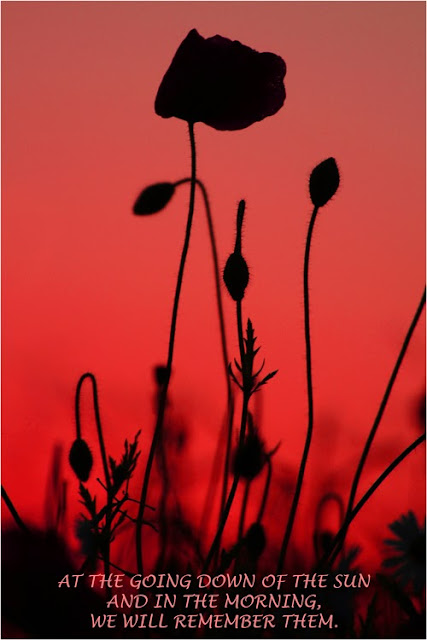 Once again its that time of year, and once again I ventured off to the Severn Valley Railway with one aim, night time photography.

I won't go over old ground (please see an earlier post - Light It Like Daylight 1) but the use of flash seemed more extreme than ever, with drivers openly complaining about the amount of flashes in their eyes and the amount of red autofocus beams.

Perhaps I just picked the wrong locations, but this year I wasn't able to capture as many pleasing images as I have done in the past, however just attending the event was worth it, as 'steam through the night' still provides a unique and magical atmosphere. 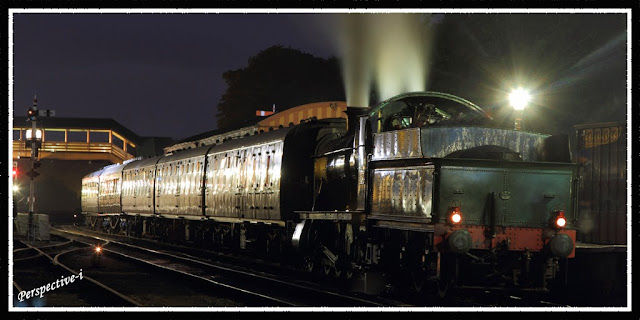 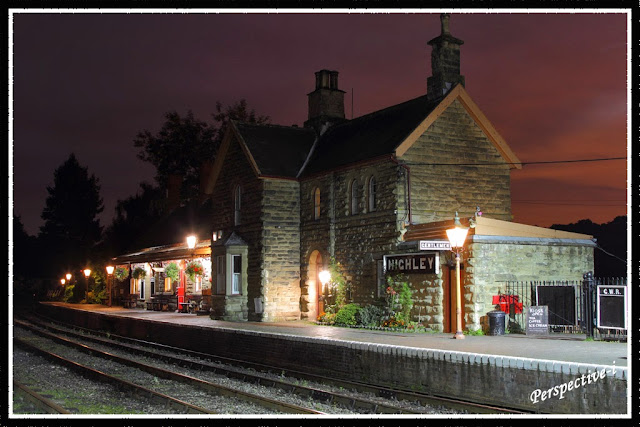 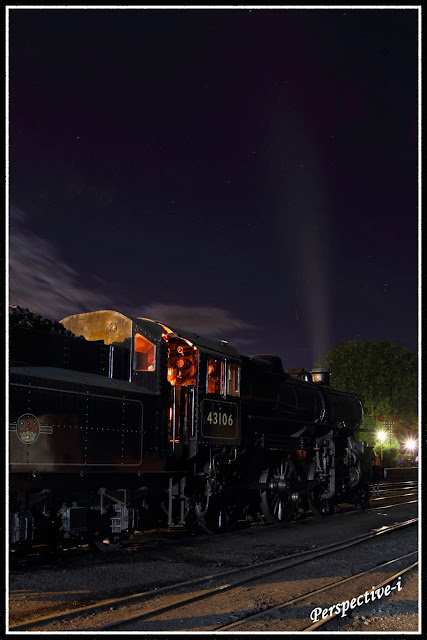 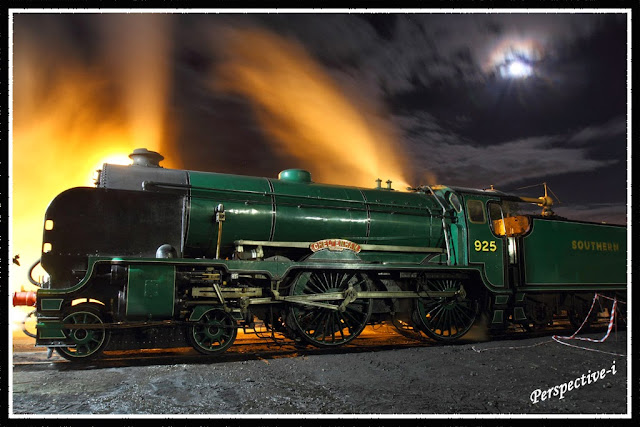 Surprising what you can find in the Cheshire countryside on a Saturday evening. 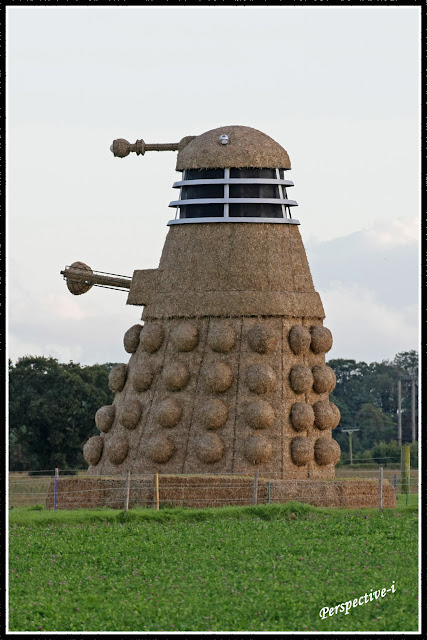 For the story behind the Dalek take a look here
Posted by Paul Bunch at 21:05 1 comment:

'My, What Big Eyes You've Got'


For some years now, I have owned a macro lens, a 100mm macro to be precise. the lens was originally purchased for a job photographing some specialist decorative items, it has subsequently been used on a number of commercial jobs photographing small components / products but only once have I ventured outside with it. 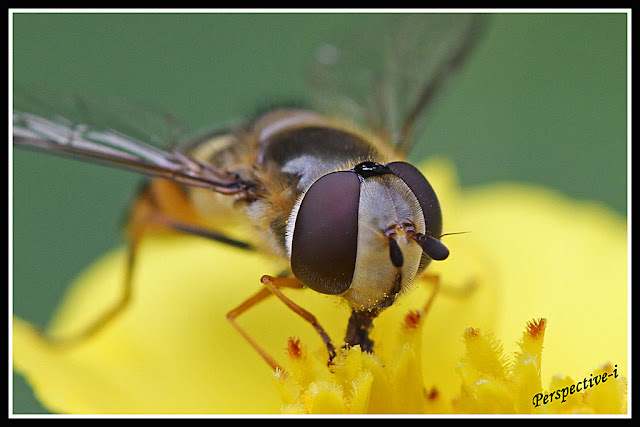 Well last week whilst sat in the back garden I noticed how many hoverflies were visiting a plant adjacent to where I was sat, so I decided to get the macro lens out and 'give it a go' on a live subject for once. The shots were all taken handheld and without a flash so the success rate or reasonable images was only matched by the depth of field - low! 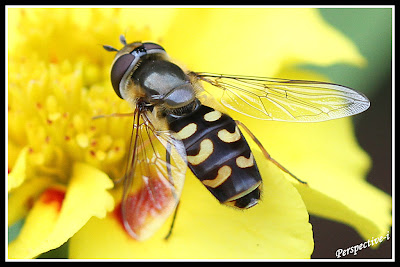 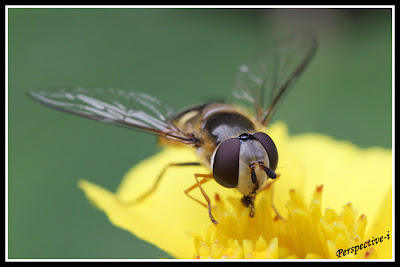 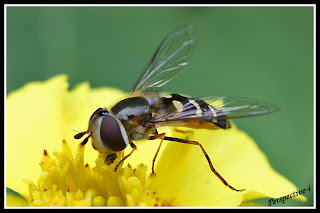 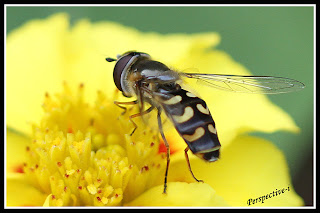 For less than an hour in the garden I was quite pleased and have vowed not to leave it so long before I venture back out with the macro lens.
Posted by Paul Bunch at 16:43 1 comment:

Taking A Backseat - And Im Not Talking About A Photographic Project Well the blog truly has taken a back seat due to other work / social commitments, but if you have stuck with it and popped back to take a look, thank you.
Posted by Paul Bunch at 16:10 No comments: 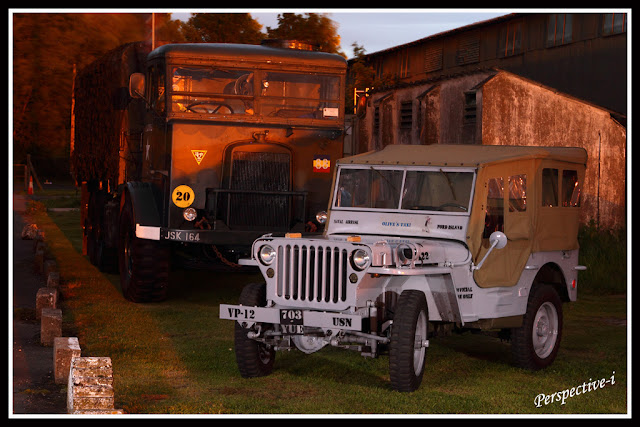 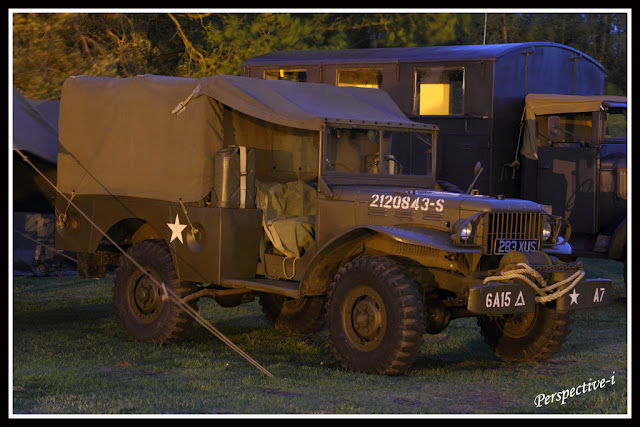 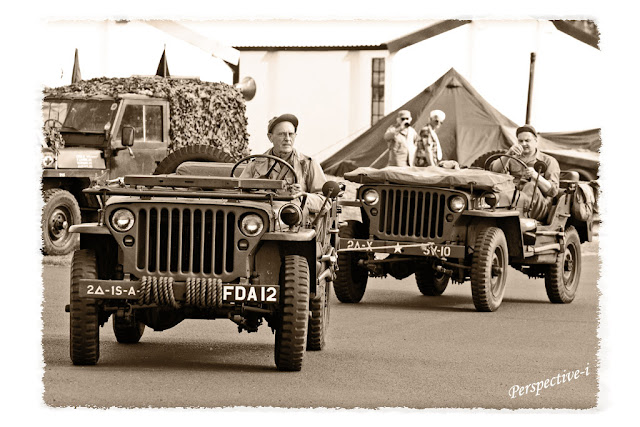 Just going through some old folders on the computer and came across the image which is displayed below from 2011.

Like my previous post 'BTCC Thirty Photo Sandwich' this is also a composite of a number of images, in this case twenty two. The original composite contained  a further ten images but they ran off to the right putting the photo out of balance, plus a number of the shots had fencing and poles in the way.

Anyway the results of a little bit of fun with an obliging C42 owner, fixed camera position, manual setting and some time in photoshop...